In August 1939, he came to settle in the city of Mexicali, where he held various administrative positions, both in private companies and in public management, always showing great commitment and professionalism.

On August 28, 1955, he married Mrs. María Teresa Camacho Estavillo, originally from Ensenada, Baja California, with whom he had five children.

Mr. Encarnación Kabande, better known to his friends as “Chon”, was always anxious to start his own business. Many of us do not know that at first, he thought of building the best hospital in the Northwest, however, he realized that the medical union did not agree with the taxes, and thus the idea of creating a hotel arose.

While studying the possibility of making a hotel, some thought that Mexicali was still a very small city, that the hotels already established were enough to receive visitors.

However, his vision transcended all those comments and ideas, initiating what was his grand project Hotel Lucerna Mexicali, inaugurated on a day like today, 50 years ago, starting our chain «Hoteles Lucerna». It started with 22 cabins and 22 rooms, representing 44 total rooms.

A year after its opening, the changes and extensions of this property were notorious, allowing 64 rooms to be offered.

Today we have 173 rooms, 33 suite cabins, 5 event rooms, 3 restaurants, and a terrace, a unique concept in the city.

In 1980, what would be our second link in the chain was inaugurated: Hotel Lucerna Tijuana, allowing a better projection of our Brand.

7 years later, in 1987, our first property was opened outside the state of Baja California, being back then, Hotel Lucerna Juárez in the state of Chihuahua.

With the arrival of the new Millennium, in 2000, our fourth property in the state of Sinaloa, Hotel Lucerna Culiacán, was inaugurated.

All under the direction of our Founder.

In 2009, the legacy of this great man continues expanding, now under the direction of his sons, Lic. José Encarnación Kabande, Mr. Hector Kabande, Mr. Fernando Kabande, Mrs. Maria Isabel Kabande and Mrs. Maria Teresa Kabande. They were key pieces in the creation and opening of Hotel Lucerna Hermosillo in the state of Sonora.

Thus, consolidating it as an excellent and important chain in the Northwest of the Country. Identified as being different, we are a proudly Baja California Family Business that preserves all the essence and values of our founder.

This trajectory of success does not end here, we continue with large projects in development. We received the year 2017 marking a new stage for Lucerna Hotels with the opening of K Tower Tijuana, being the first Boutique Hotel in the Northwest of the country, offering a totally unique service concept.

In 2018, Hotel Torre Lucerna Ensenada BC joined this great chain.

50 years of growing achievements, and all this thanks to the people who continue in the family working hard, and to those who are no longer part of it, because of the things that destiny does, however, carry it in their heart. 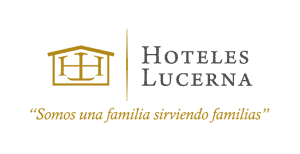